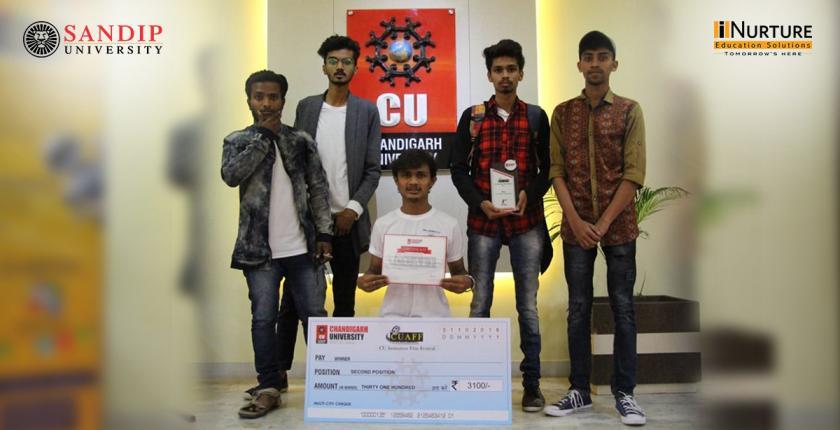 iNurture is delighted to announce that our 2nd year students from the BFA Animation program at Sandip University have won 2nd prize in the “Chandigarh University Animation Film Festival” (CUAFF) under the “Best Live Action Short Film” category held at Chandigarh on October 31, 2018.

iNurture takes immense pride in this achievement and commends the team for their success.

You can watch the short film Here