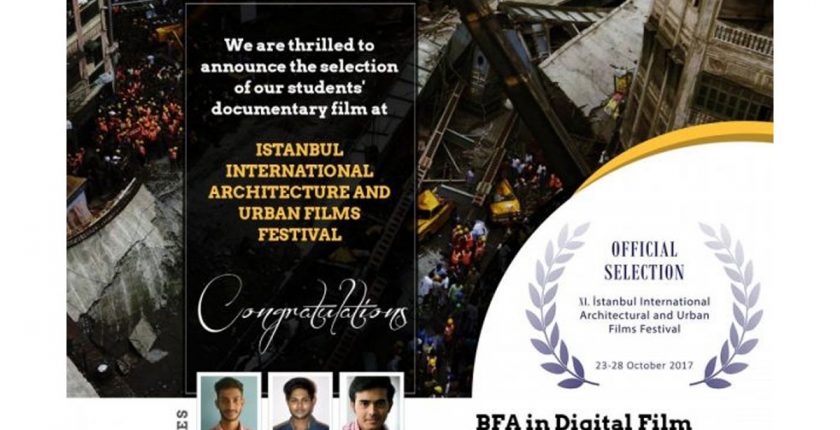 A documentary created by the students of Techno India University, West Bengal, titled “A Road and its nightmare” has achieved a remarkable feat. It has been chosen to be screened at the 11th edition of the Istanbul International Architectural and Urban Films Festival organised by The Chamber of Architects of Turkey Istanbul Metropolitan Branch.

The film is based on the present day state of the road underlying the Vivekananda Flyover in Kolkata that collapsed on the fateful day of 31st March 2017, crushing 26 people to death and injuring many. The flyover was under construction when the mishap took place. This video story accounts the bitter truths shared by the eye-witnesses and the common people who still work on the road, every day. Even after one year, no considerable action has been taken to restore/reconstruct the flyover and neither has any criminal trial begun. The students working on this project were able to beautifully capture the essence of the black mark the incident stamped on the history of Bengal.

The short film will be screened in Turkey from 23rd to 27th October, 2017. This documentary has also been selected as a semi-finalist in the Paris film festival “Les Films de la Toile” 2017 and included in the Cardiff International Film Festival. We hope to see this film achieving many more such milestones!